The Romans owe much to the Greeks. Greek thought influenced much of Roman culture including philosophy, religion, trade, and rhetoric. Despite this, there were notable differences in how the two great cultures viewed the world. This difference is best expressed in this broader sense the Greeks were abstract thinkers while the Romans were more practical.

As we move forward in technology a question asked by many is how do we use Artificial Intelligence and the larger question of is it safe (or moral) to do so. As the modern west is often compared to Rome it is a useful intellectual exercise to think what would the philosophical Greeks have thought of AI, had such a thing existed in their time.

It is a bit of a broad stereotype of Roman practicality versus Greek abstraction, however, it makes for a good discussion point. The Romans in their efficiency would likely view AI as a useful tool and use it to better streamline their vast empire. A lot of time and effort was spent by the Romans in finding better ways to run their empire including political subdivisions, multiple emperors, and regular changes in the provincial governorship. This focus on the day to day concerns of gettings things done lead to the Romans not considering overarching social philosophy when compared to material results. 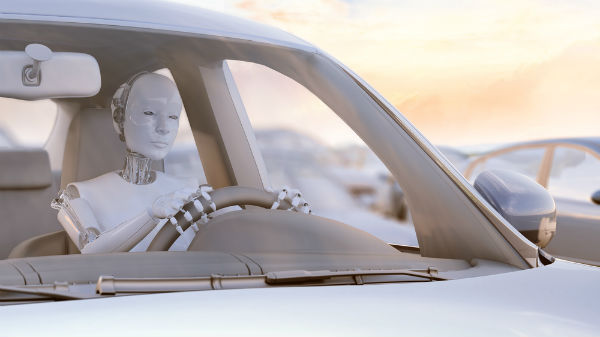 While an AI may offer solutions such as auto driving cars the Greeks would likely ask is this a safe idea in addition to its usefulness, while the Romans would see a valuable solution to implement immediately. Despite how useful self-driving cars could be there are questions of morals. The Greeks would consider the philosophical issues a self-driving car presents. This philosophical dilemma is in how an AI driven car would react to a dangerous situation. To simplify should the car prioritize saving as many people as possible or protecting the driver’s safety above all else? Further adding to this dilemma is that people support saving as many lives as possible until the auto driving car is their own in which case personal safety naturally becomes a greater concern. The Greeks would advise the Romans not to implement such devices until these broader questions have been answered.

The Greek View Of “Automatons”

What makes the Greeks the perfect people to give such advice is their own experience with automated systems both in practice and in mythology. The Antikythera mechanism is one of the more famous examples of their engineering skills. Their mythology also speaks to the view that advanced AI like automatons were real things. Blacksmithing god Hephaestus was said to have made mechanical constructs of animals and men of metal that moved of their own free will.

Despite believing in such advanced automated devices the Greeks greatly disliked extremes. Concerning AI they would likely not favor giving over complete control of a device, system, or even automobile to an AI. Plato’s Republic quoted Scores as having said, ” [men] must know how to choose the mean and avoid the extremes on either side, as far as possible.”

When considering AI implementation the topics of safety and moral impact are broad but very important factors to consider. AI has the potential to be a very practical tool but overarching moral questions and the overall public good cannot be ignored despite increased economic advantages.