BT get it going

Home » BT get it going 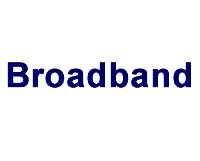 BT Broadband ordered mid Jan 2007 and actually got it working on 23rd March 2007. From 1st Feb, to the go live date until 23rd Feb it was of no use. Just like a chocolate teapot.

Here is some advice to those that are also suffering… actually go through the process of cancellation and you will actually find that BT will try very hard to keep you. I was put thru to their Proactive care Team and as luck would have it…. they managed to sort it.

BT amaze me! Cancellation leads you to Proactive care ?

Hmmm, maybe I dont know the meaning of “proactive” ?
This is what Dictionary.com says:

So there you have it. I always thought that proactive was something you did to prevent mess…. which to me seems like a good idea. BUT BT have gone for the first idea….. sort it all out once the S..t has hit the fan.

So this is the lesson, if you have a problem…. BT are going to take months to do something about it. So threaten cancellation and then and only then will BT work to solve your problems.

Now here are the selling points for the BT proactive service

Cor blimey, this is stating to sound like rocket science…… there are hints of good customer service here!!

You might be thinking that I am a convert to the BT business model?
Errrrmmm no
We have just moved into a serviced office where there are 9 other businesses. I have spoken to about 4 or 5 of these other companies and three of them have explained their woes to me. One of them was without service for 6 months!!

Not good, looks like my 2 months of hell was actually ok on the scale of bad. So it would seem that many many companies have had their issues with BT.

Who is running BT these days? Is it the brother of a certain Irish airline?